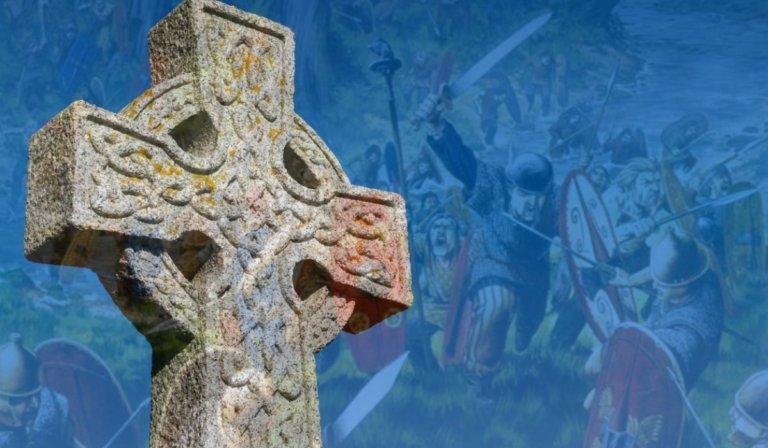 If I asked you to name some ancient civilizations, you’d probably say, “Sure, no problem. Egyptians, Greeks, Romans.” Then you’d have a little think and say, “Aztecs, Incans.”

Then you’d remember the Hollywood film 300 and say “Spartans.”

After this, you’d rack your brain a bit and recall all the hoo-ha in 2012 when the Mayans predicted the end of the world – incorrectly, thank God.

BUT. What if I asked you to name some forgotten ancient civilizations? Trying to remember forgotten ones is really tricky, because by definition, as soon as you remember them, they cease to be forgotten.

Well, don’t worry. Read on to see some of the ancient civilizations you forgot existed because they fell from grace and are seldom called to mind.

Anyone who has been to Cambodia will surely have visited the incredibly impressive temples of Angkor Wat.

Built by the Khmer Empire around 800 AD, the city is located near modern-day Siem Reap and back then was the capital city of an Empire stretching out into what is now Laos, Thailand, Vietnam, Myanmar, and Malaysia.

There are no surviving written records from the society other than stone engravings, so little is known about the Khmer other than that they practiced Buddhism and Hinduism, and Angkor Wat itself is dedicated to the god Vishnu.

The Empire fell around 1430 AD to the Thai population.

The Tairona people inhabited large stretches of Colombia as early as the first century AD and stayed put until Spanish colonization drove them northward to the Caribbean coast.

They concentrated most of their dwellings around the Sierra Nevada de Santa Marta, which is not too far from the border of present-day Venezuela.

They are believed to be the creators of the fabulous Ciudad Perdida (Lost City), which these days is reached by a 4, 5, or 6-day trek from Santa Marta.

The indigenous tribes of Kogui, Wiwa, and Cancuamo, who still remain today, are believed to be direct descendants of the Tairona and claim knowledge of the Lost City for many years prior to its discovery by Western explorers in 1972.

The Gupta Dynasty dominated India between the years of 320 to 550 AD and is often referred to as The Golden Age of India. This is due to the many discoveries and innovations in the fields of mathematics, science, engineering, philosophy, and many more.

It is believed to be the source of modern Hindu culture, and also the earliest Indian classics in literature and art date back to that time.

#4: The Kingdom of Kush – Egypt/Sudan

Not to be confused with the Kushan Empire, which was based in South Asia, the Kushites have a far older history.

Dating all the way back to the 9th century BC, the Kushites conquered Egypt in 750 BC and ruled as pharaohs for the following century over a territory much larger than any of their Egyptian predecessors.

They were responsible for reviving the art of pyramid-building and were only ousted from Egypt by an Assyrian invasion.

Following this, they moved to the city of Meroe (in today’s Sudan) and developed their own writing language, which, unfortunately, has yet to be deciphered, shrouding much of their history and the reasons behind their extinction in mystery.

Fans of Homer (the writer of ancient epics, not Simpson) will recognize this bunch as the lot who terrorized the city of Troy and plundered it silly.

They were around at the last phase of the Bronze Age in Ancient Greece, approximately 1600-1100 BC. They followed the Minoans and expanded the Greek Empire hugely, meaning that today Mycenaen artifacts have been found as far away as Ireland.

In their home country, many important archaeological sites remain at Mycenae, Pylos, Thebes, and Athens.

The Moche civilization was situated in northern Peru between the ages of 100-800 BC. They left behind ruins of magnificent palaces and temples, including the Temple of the Sun, which is the largest ruined temple in the whole of the Americas.

Unfortunately, no written records have been uncovered from that time, so archaeologists have had to go on evidence found in the ground alone.

There are signs pointing to an abundance of human sacrifice, however, and it is believed they were not overthrown by either the Incans or the Spaniards. They lost the battle against harsh climate and strong winds known as El Niño.

The Celts were a fierce group of tribes who spoke various tongues – Gaelic and Welsh surviving amongst them today – and lived primarily in the north and western parts of the UK, though there is evidence of their existence across much of mainland Europe.

They flourished in the Iron Age and Medieval times, around 1200 BC. Of course, since their languages still survive today, it could be argued that the Celts are not forgotten at all, especially with the presence of many Irish immigrants in the United States.

However, the cultures and practices of the Celtic people have become so Anglicized that they are virtually not recognizable.

Interestingly enough, the Celts were successful in repelling the Roman invasion, and their fierceness in battle is the reason for the construction of Hadrian’s Wall in England.

This is one of the longest dynasties in India and in the world, starting way back in the 3rd century BC and only coming to an end in 1300 AD, more or less.

The main stronghold of the Chola Empire was based around the Kaveri River, but they ruled significantly more territory than this, controlling the whole country south of Tungabhadra for more than two centuries.

There is little information about the size of the Chola population, but literature and poems from the time suggest a high level of education and literacy.

It is remarkable the longevity of a single-family ruling.

Nok is believed to be the oldest sub-Saharan culture in Africa, with relics dating back to 1000 BC.

Though centered around a very small village in Nigeria (which gives the civilization its name), many Terracotta figurines were discovered in the area in the 1950s, leading to the conclusion that the area was inhabited before any other on the continent.

In fact, some artifacts have been dated as far back as 3660 BC, though there is still controversy over the validity of these archaeological finds.

Many Americans are completely oblivious to the presence of a large ruins site across the Mississippi River from St. Louis.

The Cahokia tribe hail from MY native land of Illinois!

No written records have been found, but significant evidence points to a very large population of around 40,000 people at its height in the year 1250 AD.

To put that into context, back then, it was bigger than most cities in the world, including London or any American city. In fact, the first American city to surpass it was as late as 1800 with the population explosion of Philadelphia.

Today, the location of the archaeological find is a World Heritage Site and is open to the public.