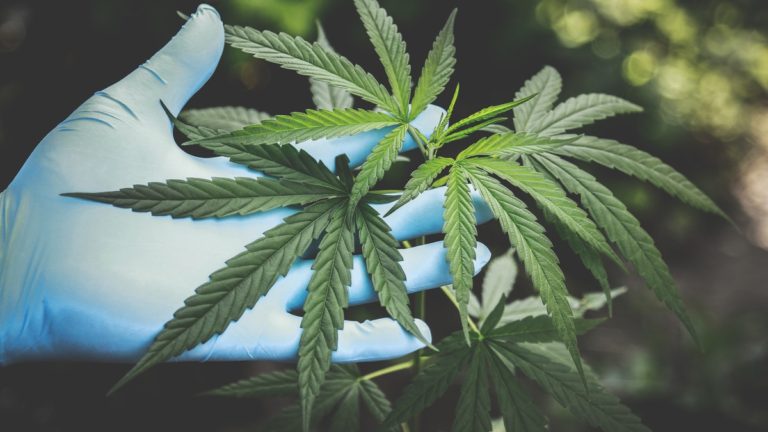 It all began in 2012 when voters in Colorado decided it was time to put prohibition in the rear-view mirror, and allow recreational cannabis.

It’s been nearly nine years since the passing of the historic Amendment 64, and the implications that have stemmed from this event have been far and wide.

Colorado’s landmark decision to break away from federal policies has left its mark on the entire US, and specifically, its own economy.

Join us today as we take a look at some Colorado legalization stats that will show you the economic impact that legal marijuana has had on the state overall!

Colorado became the first state in the US to legalize possession, cultivation, and the recreational sale of cannabis in 2012. It wasn’t until the beginning of 2014 that Colorado was ready to allow cannabis dispensaries to begin selling their products officially.

The year and a half delay was due in part to Colorado’s lawmakers scrambling to finalize details on regulating the cannabis industry.

Up until the moment Amendment 64 was passed, there were only a few states that allowed medical marijuana, such as California. Once Colorado gave the green light to recreational cannabis, all eyes were on the Centennial State.

It was as though everyone was holding their breath, waiting for the moment that the heavy hand of the federal government would come crashing down.

Although there were protests by federal institutions such as the DEA, Colorado was allowed to embark on its “great experiment.”

Colorado’s legal cannabis sales officially began on January 1st, 2014. The day became known as Green Wednesday, and a handful of licensed cannabis dispensaries opened their doors to thousands of marijuana enthusiasts ready to partake in this milestone event.

Rather than pandemonium as politicians nationwide expected, the crowds were orderly and the day went off without a hitch.

Green Wednesday proved that Colorado’s public was responsible enough to handle this significant moment with class.

1) Over $1 million was spent on the first day alone

2) By the end of 2014, recreational cannabis sales nearly topped $700 million

With each subsequent year, the amount of money spent on recreational cannabis has increased. Let’s take a look at the cannabis sales numbers for each year since 2014…

4) It’s estimated that cannabis sales will continue to balloon, as analysts predict that the next few years will yield well over $2 billion in sales.

Multi-national corporations, such as Altria and Constellation Brands have begun to place bets on the cannabis industry. The leading tobacco giant Altria and the alcohol conglomerate Constellation have been purchasing large stakes in cannabis businesses in Canada all year.

It’s these examples that can create exponential sales in Colorado once mainstream businesses feel comfortable moving into the United States.

Recently, the fast food chain Carl’s Jr. made headline-grabbing news by introducing a CBD burger in Colorado for one day only: 4/20.

The promotion was a complete success, with all the available burgers selling out within the first few hours of opening. Instances like these offer insight into the overall demand that cannabis enthusiasts have in Colorado.

It’s not just the amount of money that cannabis companies are pulling in that’s affecting Colorado’s economy. The most significant factor for the state is the money that it generates by imposing a hefty sales tax, excise tax, and licensing fees.

Before recreational cannabis’ debut in 2014, voters approved Proposition AA. This proposition is the backbone to the taxes collected on the sale of marijuana, whether it’s retail or wholesale.

A 15% excise tax is imposed on commercial transactions, such as a cannabis producer vending products to a dispensary.

Initially, a 10% sales tax was imposed on all retail sales, but this has since increased to 15%.

According to the amendment that Colorado lawmakers drafted in regards to recreational cannabis, it stated that of the amount of revenue generated by taxes and fees, $27.5 million would go towards schools.

The rest of the amount would be used to further regulate the industry and pay for any impacts associated with the legalization of marijuana.

During 2014, policymakers estimated they would bring in at least $70 million in taxes and fees.

5) After all information was accounted for, Colorado raised over $76 million in cannabis tax revenue in 2014

Children are always the most vulnerable in any society, and education is an essential foundation for kids.

Therefore, it is worth noting that a large amount of tax revenue generated through recreational cannabis sales is being used for the construction and overall benefit of schools.

Any economist will note that education is a critical first step in maintaining a thriving economy.

In a surprise amendment, Colorado decided in 2018 to increase the amount of money from tax revenue for school assistance programs.

9) According to various studies, Colorado’s cannabis industry created well over 44,000 Colorado marijuana jobs, or “cannajobs”, in 2018

This number is anticipated to rise in correlation with the overall growth of the marijuana market as a whole.

This bodes well for Colorado because employment signals a booming economy.

Alternatively, if Colorado was witnessing growing unemployment, then the economy could be forecasted to stagnate.

Since cannabis companies are rushing to establish themselves in Colorado’s tolerant territory, more jobs are added into the stream; thus creating a healthy market for hopeful cannajob applicants.

Increase in Colorado Tourism After Legalization

If there’s one thing that will boost any economy, it’s tourism. Nations across the globe continually seek to draw tourists to their country to earn their money.

Luckily for Colorado, they already have what everyone wants: legal cannabis.

11) Tourism in Colorado increased by 51% in 2014, after cannabis became more commercially available

Although it has yet to be proven, tourism in Colorado grew 51% after 2014. This coincides with the year the cannabis became officially legal to purchase.

Although tourist companies aren’t widely marketing Colorado as a cannabis destination, it’s probable that this will occur soon.

With so much positivity surrounding the cannabis economy in Colorado, it’s time to discuss an important issue with legalization. One of the biggest challenges faced by not only Colorado but other legal states as well is the problem with banks.

The reason behind this is that banks are federally insured (FDIC), and cannot accept money from a business that generates revenue from something that the government still classifies as a Schedule 1 drug.

This proves difficult for many companies to offer a convenient way for clients to pay for their goods. Although this is an issue for both customers and businesses, the cannabis industry within Colorado is flourishing.

Interestingly enough, there are many indirect benefits of the cannabis industry in Colorado. One major factor is that landowners and real estate companies are thriving from the introduction of cannabis cultivation.

Marijuana companies have traveled far and wide to establish their roots in the Centennial State, and the real estate market is booming from this sudden migration.

The legalization of recreational and medicinal cannabis has proved to be incredibly beneficial for Colorado’s economy. Not only has it figured a way to benefit its society through the use of tax revenue, but it also continues to grow and thrive as a popular tourist destination.

Jobs are being created, kids have better access to education, residents are enjoying higher home valuations, and the state is focused on improving the overall quality of life of each resident.

As long as Colorado remains beneficial for cannabis companies, more will continue to call this state home. The legalization of marijuana is rapidly becoming the most talked about topic, and it’s only a matter of time before the rest of the US follows suit.

Colorado’s Great Experiment appears to be paying dividends, and the economy is thriving because of it.