How to Survive Prison (10 Best Tips) 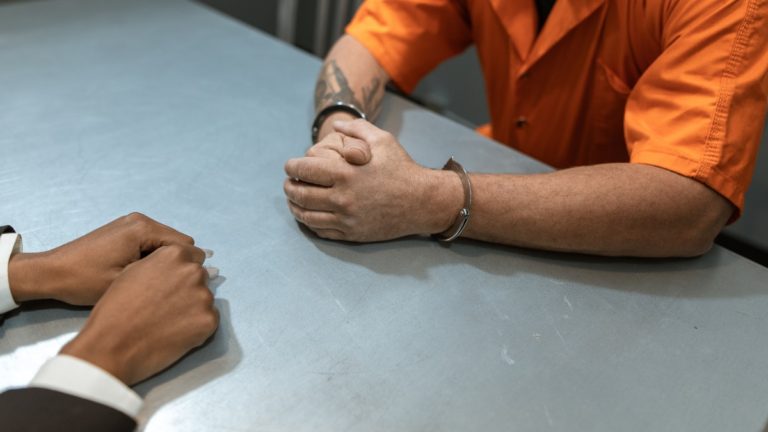 A prison is a scary place. What’s the first thing you think of when you hear the word “prison”? Nothing too good, one would assume!

Even if it isn’t as common as the media makes out, you still don’t want to go to a place that has unwanted sex as one of its socially defining features.

If, however, you have no choice in the matter, then it would be best to have a few tips to avoid the worst of the prison experience.

If you learn nothing else from these tips for how to survive prison, remember this one: “Keep your head down.”

How to Survive Prison

By using drugs, you may experience some short-term relief, but this is outweighed by the dangers of cultivating an addiction in a place like a prison.

Becoming severely indebted to other prisoners could likely be fatal. There is also the risk of getting caught by the guards, potentially meaning extra punishment or a longer stay.

Even if it’s just once, what if somebody attacks you while you’re high? If you don’t feel it at the time, you definitely will in a few hours!

Gambling may strike you as a good way to pass the time and make a bit of cash while you’re in prison. But it is an all-around bad idea.

If you win, you now have a potentially irate prisoner owing you.

If you lose, you now owe a potentially irate prisoner.

Take either of these two choices to the extreme, and you’ll likely end up dead.

At least outside of prison, a casino can’t get its thugs to stab you in the shower, most of the time. Not so much in prison.

Yup. Here we are at prison rape, the chances of which are greatly increased if you become somebody’s girlfriend. While you may gain short-term protection, you, in effect, become another prisoner’s property.

As such, get ready to be traded away and abused at their pleasure. If somebody tries to make you their girlfriend, beat the crap out of them.

Even if you lose, at least everybody knows you aren’t somebody’s…ahem, ahem… “female dog”.

Don’t reveal too much about yourself. Don’t talk about your crime, family life, or criminal history. And don’t rant about politics or religion.

Doing any of these will open you up to attack. Especially keep your mouth shut if you committed a sexual crime or a crime against children.

Perpetrators of such crimes are usually the victims of prison violence.

5) Don’t Be a Prison Snitch

In school, maybe you could get away with telling on the other students. Well, in prison, neither your mom nor your teachers are going to back you up if you snitch on someone.

If you see something going down and tell about it, congrats, you just made enemies out of people who have the power to kill you.

Now, why would your fellow prisoners want to kill you if you tell on them? Because prisoners do things (crimes) that they generally do not want others to know about. You violate this when you snitch. This makes you a liability and a target.

If you find yourself in a position to tell on someone, it’s better to shut your mouth and mind your own business.

Coming out alive in the end trumps the momentary moral victories.

6) Stick Up for Yourself

If somebody threatens you, the worst thing you can do is back down. If they see you’re not willing to defend yourself, they’ll take it as a sign of weakness, you’ll lose respect, and you’ll mark yourself as an easy target.

You need to maintain your reputation, even if it means putting yourself at risk of receiving a bit of pain. If you can’t avoid fighting, then it’s best to attack and go all out.

At least then, others will know that you’re willing to stand up for yourself.

On the other hand, you probably want to make a few friends in prison. People are more likely to be your friends if you show some respect.

8) Do Not Show Weakness

This is similar to point five but a bit different. While not sticking up for yourself physically is a surefire way to make yourself more of a target, an even quicker way to achieve this is to cry in public.

It is best to keep any emotional vulnerability securely fixed under a tough veneer in prison. If you show your vulnerable emotional side to the wrong people in prison, they may interpret it as feminine behavior- not a good thing in a system that revolves solely around fear and strength.

In prison, you’ll probably have a wealth of time to do your own thing, something that can help you stand out in the outside world. Take this valuable time and make an effort to be a better version of yourself when you get out than when you went in.

The classic model is to lift weights, but teaching yourself a new skill, or getting educated, can be of great use to you as well.

Think of the example set by Malcolm X. Prison transformed him from a criminal to a revolutionary civil rights leader.

The less time spent in prison, the better. And the best way to lessen your time in prison is to ensure that the authorities no longer see you as a threat.

Prove this by being on your best behavior. This way, you may make parole earlier than otherwise.

If, on the other hand, getting out early is not an option; being on the good side of the guards is probably a smart move anyway.

This concludes our list of ten best tips for surviving prison. Hopefully, you never need to use them!